In a nutshell: Ticketing Technology Forum 2017 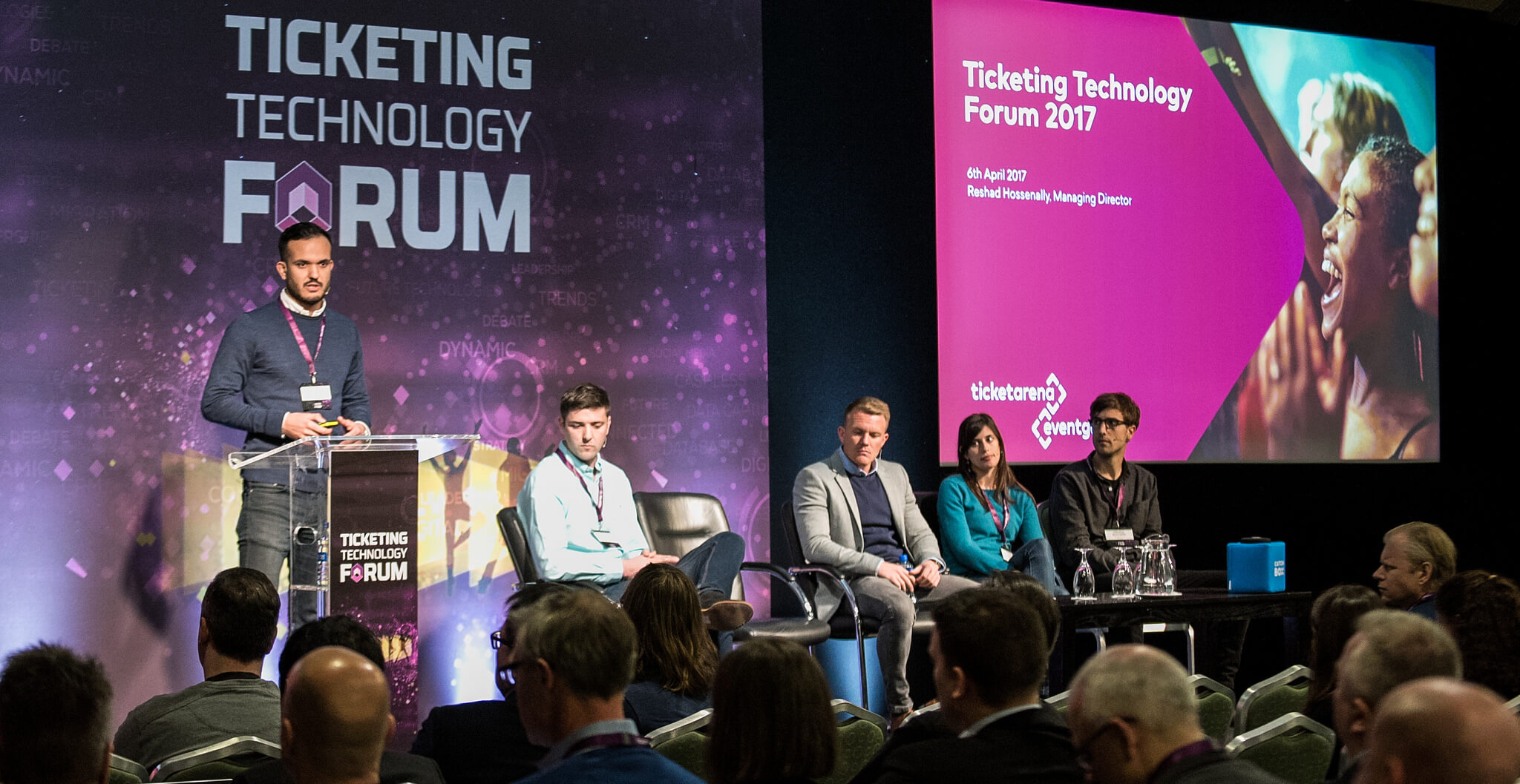 Last week, we made the trip to Dublin for the annual Ticketing Technology Forum. Amongst a jam packed schedule, our Founder and Managing Director, Reshad Hossenally presented as part of the New Faces & Disrupters Panel, focussing on recent developments to our end to end event management platform and expansions into additional European markets.

Elsewhere around the forum, our very own Head of Technology, Macs Dickinson was on the hunt for the latest trends. Here’s his two pence.Data

Everyone was talking about data: how to use it, how to share it and where to get it from.

The second talk of the conference was Luke Xiang, VP of international business for Weiying. Luke explained how Weiying has grown to a valuation of $2bn after 3 years. A key to this success has been their deep integration with WeChat, facilitating 800m customers to purchase tickets incredibly easily, giving Weiying a vast pool of data to remarket against.

Clive Humby, Chief Data Scientist at Starcount explained a retailer’s take on loyalty cards and how this could be transitioned to the ticketing industry. The biggest difference for our industry is that our customer data can be misleading. Someone may do their regular shop at Tesco every week, and this gives Tesco a fairly accurate picture of their customer. When someone buys a ticket, however, they don’t necessarily go to the same outlet by default, and some may be bought from secondary ticketing outlets. This means that no one ticketing agent has the whole picture. Clive suggested combining readily available data from social media with market data to build a more accurate understanding of your customer. By correlating these pools of data, you are more able to identify correlations between demographics, interests, passions, influencers and media outlets.

With Clive and Luke having explained how to gather data, it was up to Kyle Wright, Interactive Marketing & Analytics Manager at Shubert Ticketing, to show what to do with it. To achieve this he gave a case study of how Schubert Ticketing have integrated Activity Stream into their company to give them a clean, single source of truth for their data, and to easily bring all of their departments together with consistent, easy to produce, visual and flexible reports.

There were several discussions focussing on the need for open and transparent data as data liberation. In order to provide the very best experience to your customers you need to give them easy and comprehensive access to their data. This is something we are very passionate about at Event Genius. Ian Campbell, Director of Club Services for Major League Soccer, hammered home this point. A recent collaboration allowed MLS to retain their ideal ticketing eco-system while still leveraging SeatGeek’s platform. This enabled them to market their events through traditional primary and secondary ticketing channels as well as emerging channels such as Facebook, Spotify and Uber. Steve Pearce, Co-founder & CEO of TickX also explained another benefit of open API’s which has enabled them to create an aggregated feed of events, allowing customers to find the best price for their tickets.

The first talk to really dive into detail on secondary ticketing was from Vincent Latchet. Vincent proposed Blockchain, the concept behind bitcoins transaction ledger, was the answer to the lack of trust, security and standardisation around the secondary ticketing market.

In stark contrast to this, we later heard from Ken Lowson, Founder of TixFan. Ken gave a very open and personal recollection of his time running Wiseguys, a ticket-scalping business that pioneered many modern ticket touting techniques. Between 1999 and 2010 Wiseguys used ticket bots to buy and sell millions of tickets but ultimately caught the attention of the DoJ for the wrong reasons.

Nowadays Ken runs TixFan, a consultancy focussed on plugging the holes he used to exploit.

There was more innovation on show at this year’s conference than can be covered in one post. Whether ingenious uses of data, complex algorithm-led solutions or emerging sales and marketing channels, one thing was clear: our industry is full of innovation and the people required to realise it.

For me, one quote in particular stood out, and it was the closing message from Matt Rosenberg’s talk:

How would I want to be treated if I bought a ticket? Everything else evolves from there. (Bill Graham)