Live at Lydiard Festival Director, Jack Summers: "I feel that after organising a festival in 2021, I can do anything" 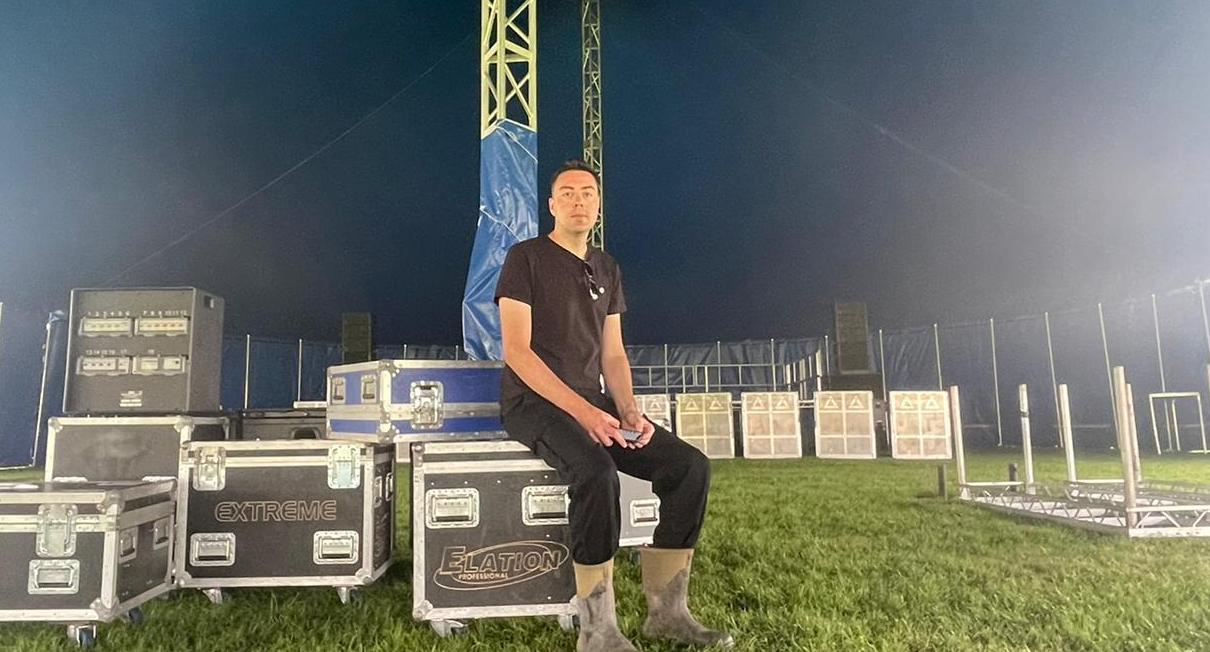 Launching a brand new festival and organising the debut edition can be a daunting prospect at the best of times, but doing so in the midst of a global pandemic adds an entirely new dimension to proceedings, with new obstacles to navigate and uncertainties to contend with.

Event Genius were on hand throughout, acting as the festival’s primary ticketing agent and handling their onsite access control, from festival-goers through to production staff.

With the dust now settled on the festival, we asked Festival Director Jack Summers what it took to organise an event of this size under such challenging circumstances, and how he reflects on the debut edition of Live at Lydiard.
‍‍‍
You were originally scheduled to make your debut back in 2020, which unfortunately couldn’t happen. Did you have to rip up all your planning when it came to 2021’s edition, or did you already have strong foundations to build on?
‍
We had to almost completely re-plan the entire festival for 2021. COVID-19 caused a lot of damage across the industry, closing down a lot of our suppliers and causing a number of scheduling issues which meant other suppliers (that hadn’t gone bankrupt) were unable to service our festival due to other festival commitments they had on the same weekend.

When the announcement was made in late February that festivals could be allowed to happen over summer, was there a sudden rush to get things in place or had work been continuing beneath the surface throughout?
‍
We didn’t really start properly advancing the show until late June/early July, when the UK government promised a date for Step 4 of the roadmap. I felt it wouldn’t be wise for the company to put more resources into a project that might not happen in 2021 and instead decided it would be better to wait until we were certain we could go ahead.

You were having to push ahead with planning the festival amid the uncertainty over restrictions being lifted in time. Were there any points along the way where you thought that you might not be able to make the festival happen? How did you deal with that and come through the other side?
‍
The entire process was very unnerving from start to finish and there wasn’t any point — even on the actual day of the festival itself — where I was 100% confident we would be able to go ahead. Logistically, I don’t think it is ever going to be as hard for festival organisers as it was this year. We were facing near-impossible challenges almost on a daily basis amid the continued uncertainty of the outbreak, which made things even more stressful. The only way I made it through to the other side was with a solid support network and sheer determination to make it happen.

I feel that after organising a festival in 2021, I can do anything. I take my hat off to every single festival organiser that managed to put together a festival this year. Acknowledgement has to be given to every single person in this industry that weathered this storm and come out the other side with a festival under their belt. I don’t know how anyone managed it.

What new measures did you have to incorporate into your onsite operations, and how easy was it to make the necessary changes and adaptations?
‍
Our COVID-19 protocols were pretty standard. Customers had to present proof of their double jab or negative COVID test at the festival entrance. This was fairly easy to organise logistically on site but the biggest headache was the reaction of the customers, as many aren’t used to this new way of life yet.

What would you say was the biggest challenge that you had to overcome to deliver a successful event on this scale
‍
‍The single biggest issue this year was suppliers. Toilets were near-impossible to come by and staff were impossible to get hold of.

What was your highlight of the debut edition?
‍
Re-opening the site after a full site evacuation (due to a thunderstorm 10km away) and seeing the excitement on the punter’s faces as Dizzee Rascal took to the stage directly after. That is a moment I will never, ever forget.

What Event Genius products or services did you feel helped you the most in delivering a successful event?
‍
The guest list function within the ticketing console was a very useful feature. We had a large guest list this year and the flexibility of this particular part of the product was incredibly user-friendly and also a fantastic way to manage production accreditation too.


If you'd like to chat to us about your return to live events and find out more about how Event Genius can help you relaunch post-COVID, get in touch today, we'd love to hear from you.

Lyte goes global with acquisition of Festicket and Event Genius